There has been much talk in recent months and now some business transactions by leading technology companies to implement exotic schemes to get remote and/or rural communities onto the Internet. These schemes involve high altitude balloons and drones. Seriously? Give us a break! Of all the loopy ideas we’ve heard lately, these have to be some of the most far out. 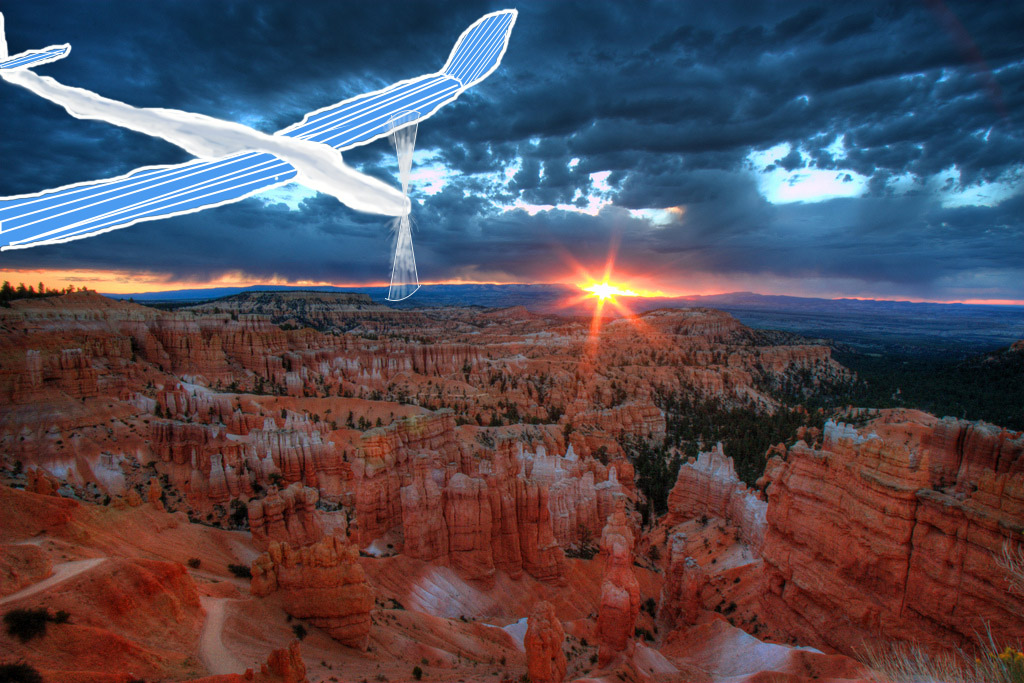 Beyond generating a lot of publicity for “original” thinking, we really have to be skeptical about the efficacy of such ludicrous proposals. Besides the hard-to-calculate cost of these schemes, they are likely to be highly unreliable, as it’s notoriously difficult to keep either a balloon or a drone geostationary in the stratosphere with all its turbulent airflow. Not to mention the ever-present likelihood of mechanical failure, wing icing, leaks and other factors leading to crash landings. And what about fuel? Or batteries? Can solar power alone keep these contraptions airborne for up to three years? And then what?

Plain ol’ microwave radio
In these situations, all that’s needed is a traditional, reliable microwave radio link. Rather than spend gargantuan wads of their shareholders’ cold, hard cash on pie-in-the-sky Internet boondoggles, Facebook, Google and these other titans of Silicon Valley should come down to earth and look at quick and practical methods for extending Internet connectivity to the Unconnected.

For example, consider the position that Stuart Little, Aviat Networks’ director of solutions marketing, stakes out in April’s issue of “Land Mobile” magazine. He points out that microwave radio technology has been reliably and cost effectively spanning long distances—sometimes over inhospitable geography like deserts or jungles—for decades to connect outposts of humanity to the outside world.

Advantages of microwave radio
Microwave radio has the advantages of high bandwidth and speed to deployment going for it when servicing rural communities. Aviat long-haul microwave radios can accommodate up to 3.7Gbps bandwidth. And it’s very cost effective and can be deployed in a matter of weeks, in some cases.

The other regularly used long-distance backhaul option, fiber-optic technology, has high-capacity bandwidth, but neither cost effectiveness nor speed to deployment for rural communities. Outside of dense urban corridors where high-density populations defray the overall capital expenditure on a per capita basis, fiber is very cost prohibitive. And to trench fiber over an extended distance can take many months.

In testimony before the United States Federal Communications Commission in 2009, representatives of the National Association of Telecommunications Officers and Advisors (NATOA), estimated that it could cost $70,000 per mile to deploy a fiber network solution to rural communities. And they are citing just a vanilla example of pulling fiber in a trench in dirt alongside a road. If you add in core electronics for the network you pile on millions of dollars more per site serviced to terminate the network.

For more extreme environments such as in Alaska, a more recent estimate places the cost of deploying fiber at $100,000 per mile. In contrast, for the most sparsely populated parts of Alaska, microwave radio could be deployed at a cost of less than $30,000 per mile. This estimate assumes a tower every 25 miles to host microwave equipment to relay the signal onto the next tower in the network.

By its own admission, the Alaska Broadband Task Force says that 25 miles between radio towers is a conservative assumption. In Aviat Networks’ experience, 40 miles between towers for long distance microwave backhaul can be more typical. And in the most extreme cases, Aviat has been able to implement microwave links of more than 100 miles. The point is that the longer the microwave link the less equipment that is involved, which drives down the cost per mile.

So Facebook and Google, save your billions. Thinking crazy can make you loads in social media and Internet search. But when it comes to building a way-out-there network, you’ll just be tossing your money out a window.

C’mon, Zuck! C’mon, Larry! If you need help with this, give us a call. Or like our Facebook page.