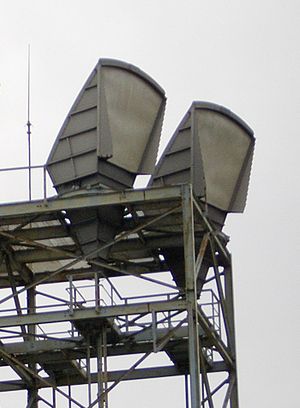 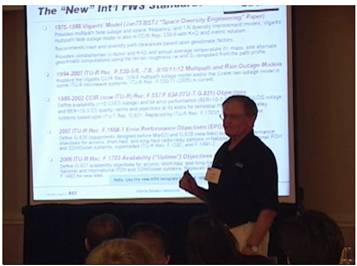 Transmission engineering of a microwave link requires creativity and skill. So if you are looking for inspiration as well as high-quality wireless engineering instruction look no further than the “Radio Head Technology Series.” Radio Heads is a collection of videos and podcasts featuring our very own Dick Laine. Dick is arguably the most experienced microwave engineer in the wireless communication business, having spent more than 50 years working with microwave radio from its inception—here at Aviat Networks and our predecessor companies (e.g., Farinon, Harris MCD).

Dick has been involved with nearly every aspect of RF transmission, microwave link and network transmission design, and the effects of geoclimatic conditions on transmission of voice and now IP radio data packets.

In his own unique style, Dick has been teaching basic and advanced concepts for digital microwave transmission in seminars and training classes worldwide. Students who have taken his classes return years later eager to get a refresher from Dick and to hear about some of his great adventures in Asia, the Middle East, Africa and in the Americas.

In the first Radio Heads video titled “Check List for a Successful Microwave Link,” Dick explains the four key objectives or requirements for a well-done microwave link design along with “check list” items that the project manager or transmission engineer evaluates for proper design and deployment of a digital microwave link. If you have not already signed up for this video series, register to view the content.

If you find this video of value, please pass along the information to your friends and colleagues via Facebook, Twitter, LinkedIn or your other favorite social media network.

Rain fading (also referred to as rain attenuation) at the higher microwave frequencies (“millimeter wave” bands)  has been under study for more than 60 years. Much is known about the qualitative aspects, but the problems faced by microwave transmission engineers—who must make quantitative estimates of the probability distribution of the rainfall attenuation for a given frequency band as a function of path length and geographic area—remains a most interesting challenge, albeit now greatly assisted by computer rain models.

A surprising piece of the puzzle is that the total annual rainfall in an area has almost no correlation to the rain attenuation for that area. A day with one inch of rainfall may have a path outage due to a short period of extremely high localized rain cell intensity, while another day of rain may experience little or no path attenuation because rain is spread over a long period of time, or the high intensity rain cell could miss the microwave hop completely.

Over the years, we have learned a lot about deploying millimeter wave microwave hops for our customers: