Want to Lower Your Total Cost for Rural Broadband and 5G? Consider Multi-Band

Is traditional microwave dead? With the advent of Multi-Band, it could be. Why accept an old solution when you can have so much more by combining E-Band and traditional microwave into a single-box unit. Governments are taking action across the world to connect homes and businesses in rural areas to the rest of the world. From the 7-year action plan devised by National Broadband Ireland (NBI) to the Federal Communications Commission’s (FCC) $9.2 billion newly implemented Rural Digital Opportunity Fund, there is a worldwide focus on the connectedness of rural areas. As capacity demands increase rapidly for rural broadband networks, a better solution than traditional microwave is needed. 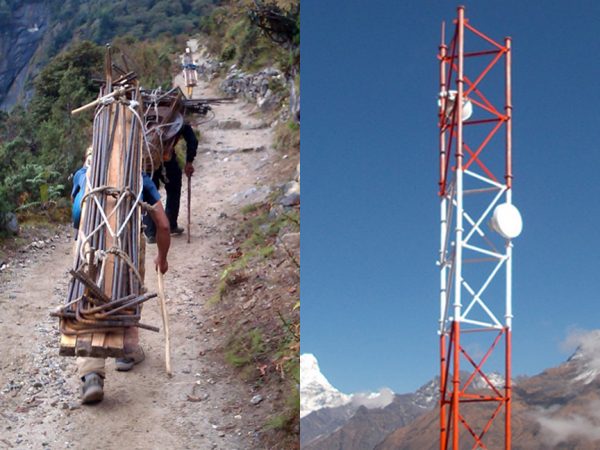 Aviat Helps Enhance Voice and Data for Ncell in the Himalayas

Just this February, Ncell, the leading mobile provider in Nepal, awarded Aviat Networks an Appreciation Certificate for successfully migrating its existing VSAT network to high-speed Eclipse microwave radio. This project was executed in the Himalaya range at an average attitude of 4,410 meters above sea level with three passive repeater links. Included in this rollout is a 99 km microwave link.

According to Ncell, this is the world’s highest 3G rollout. As a result, this upgrade is considered a feather in Ncell’s hat.

While Aviat Networks has completed many successful projects with Ncell, this one is worth a special mention. Awarded in 2013, this project has helped Aviat establish itself as a key Ncell vendor for the access network. The implementation includes equipment and services.

In many wireless networks, transport engineering looks after the microwave radio function while the IT department has domain over IP equipment. These two organizations started independently and grew separately over many years. It did not seem that there was any problem with this arrangement.

However, it led to the selection of equipment—radios and routers—that worked really well on their own but had no awareness of one another. Not surprisingly, these technology solutions did not perform together optimally.

We Put the Spotlight on Voice Over LTE (VoLTE)

As one of the most anticipated network technologies, Voice over LTE (VoLTE) has been discussed by operators for years. The expectation was that deployments would start in 2013, but roll-outs in North America were delayed.

Operators have faced a series of issues that include poor voice quality and long call establishment times. Once these problems are solved, it is expected that VoLTE will allow operators to provide  voice and data services using an integrated packet network. As the problems described show, the implementation of VoLTE presents challenges for the entire LTE ecosystem including microwave backhaul.

We have produced a white paper to describe some of the VoLTE requirements that must be met in order to overcome these technical challenges, which must encompass a flexible microwave backhaul as a key factor for a successful transition to all-packet voice and video VoLTE  networks. A brief introduction to VoLTE is presented and then different VoLTE backhaul requirements are described with possible solutions.

Click here to download a white paper on this subject titled “VoLTE and the IP/MPLS Cell Site Evolution”.

‘My Experience’ with Microwave Radio Systems 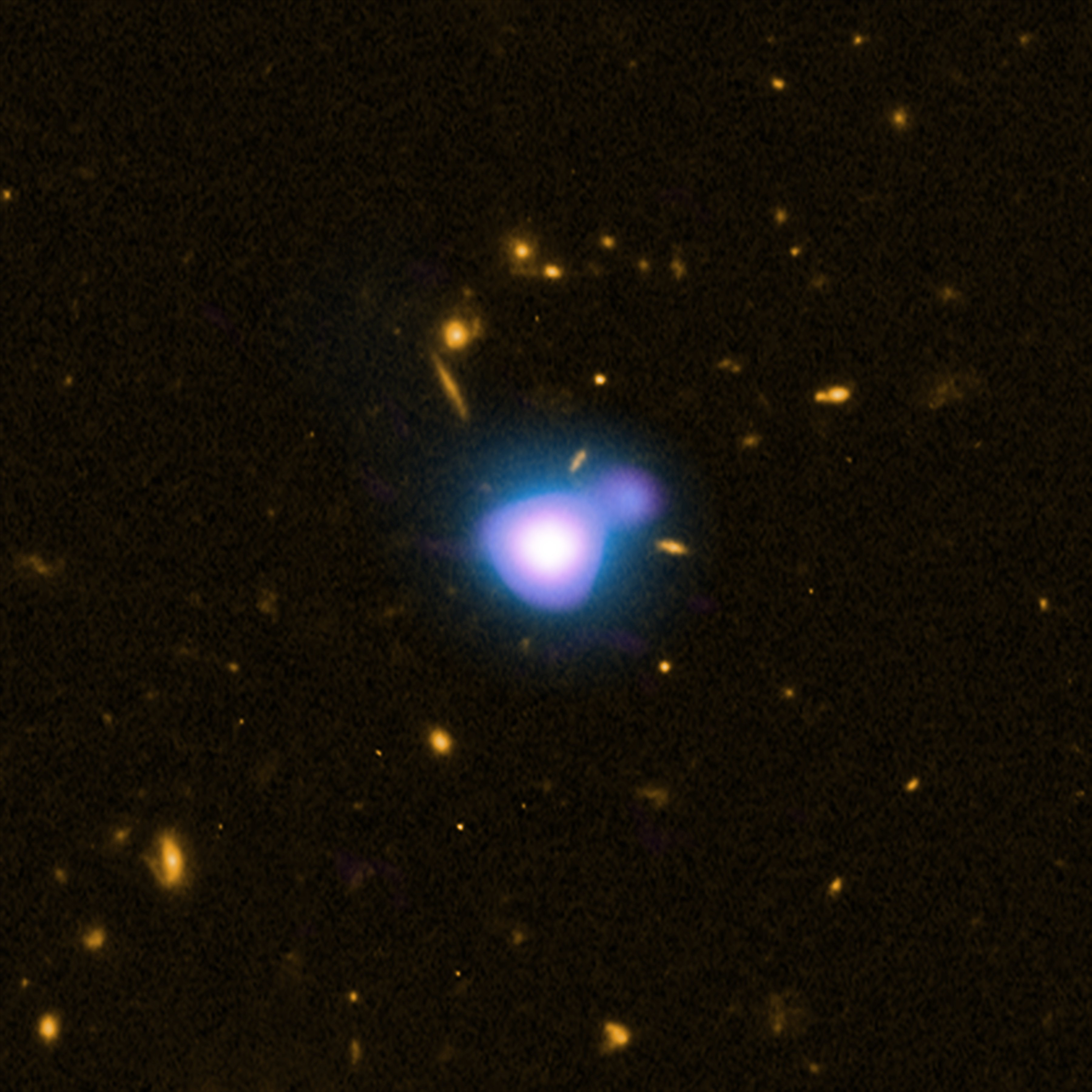 Collectively, we as consumers of high-tech communications systems tend to think very analytically, very logically, about the solutions that form the core of our working lives. In all the fields that we pursue from mobile telecom to public safety to utilities to oil and gas to financial, microwave radio has touched, shaped and framed our worldview. But like a star in a distant galaxy, every user’s experience with microwave radio is unique. No exception to that totality of reality is Ron Beck, president emeritus and past chairman of the Utilities Telecom Council, a trade group dedicated to advocating telecommunications issues for energy companies and associated concerns.

In a recent video, Beck talks about his life with microwave radio for almost 30 years. Starting with analog TDM microwave radio, he has traveled the technology evolutionary path to arrive at the present day systems of digital IP/Ethernet microwave communications. However, before ever touching on any technical considerations, he talks about the people responsible for his and his company’s success with microwave. For utilities applications, Beck feels it is critical that the people he deals with at a microwave solutions provider understand his business. “The (Aviat) sales force understands utility applications; they understand what we need in a radio system,” he says.

Beck goes on to elaborate how Aviat design and engineering groups collaborate closely with his team to deliver exactly the solution that is needed. Service and standards-based technology are very important to him and make microwave radio very user-friendly because “frankly, you don’t have to touch it very much.” See and hear all Beck has to offer below: 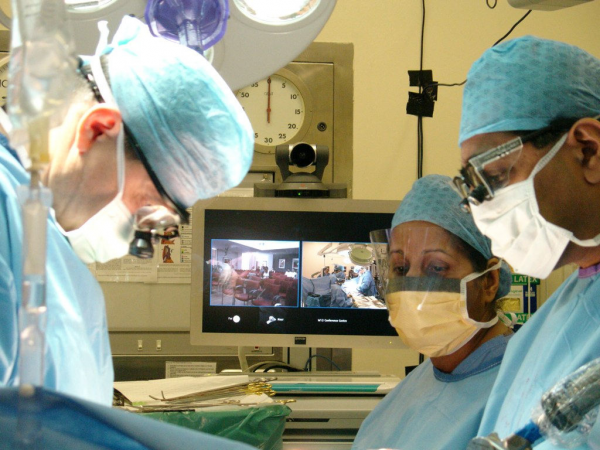 Beyond Mobile and Public Safety, Microwave Finds its Niche

As we have seen recently, microwave radio continues to find new and niche applications beyond the archetypical mobile operator and public safety markets. Long time Aviat partner/customer Vertel has been working on microwave broadband in the Australian healthcare sector for many years. And with the recent emphasis placed on servicing the healthcare sector by the rollout of the National Broadband Network across Australia—as NBN lumbers along toward a 2019 completion date—Vertel has been able to re-energize this niche application in microwave radio for its support of telemedicine and telehealth, as outlined recently in Pulse + IT Magazine. 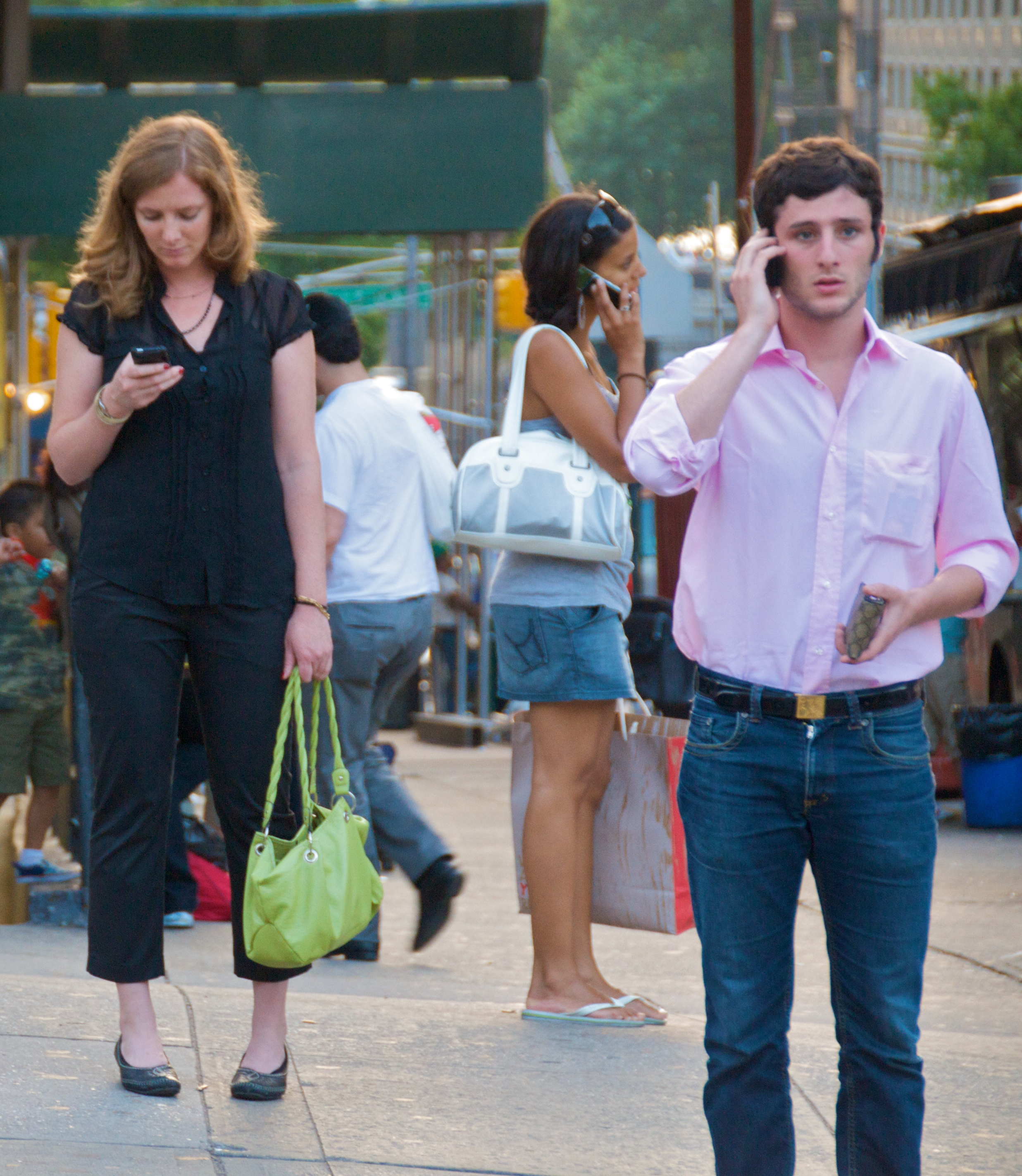 Rules of the Game: Low Latency Microwave in a Multi-Regulatory Environment 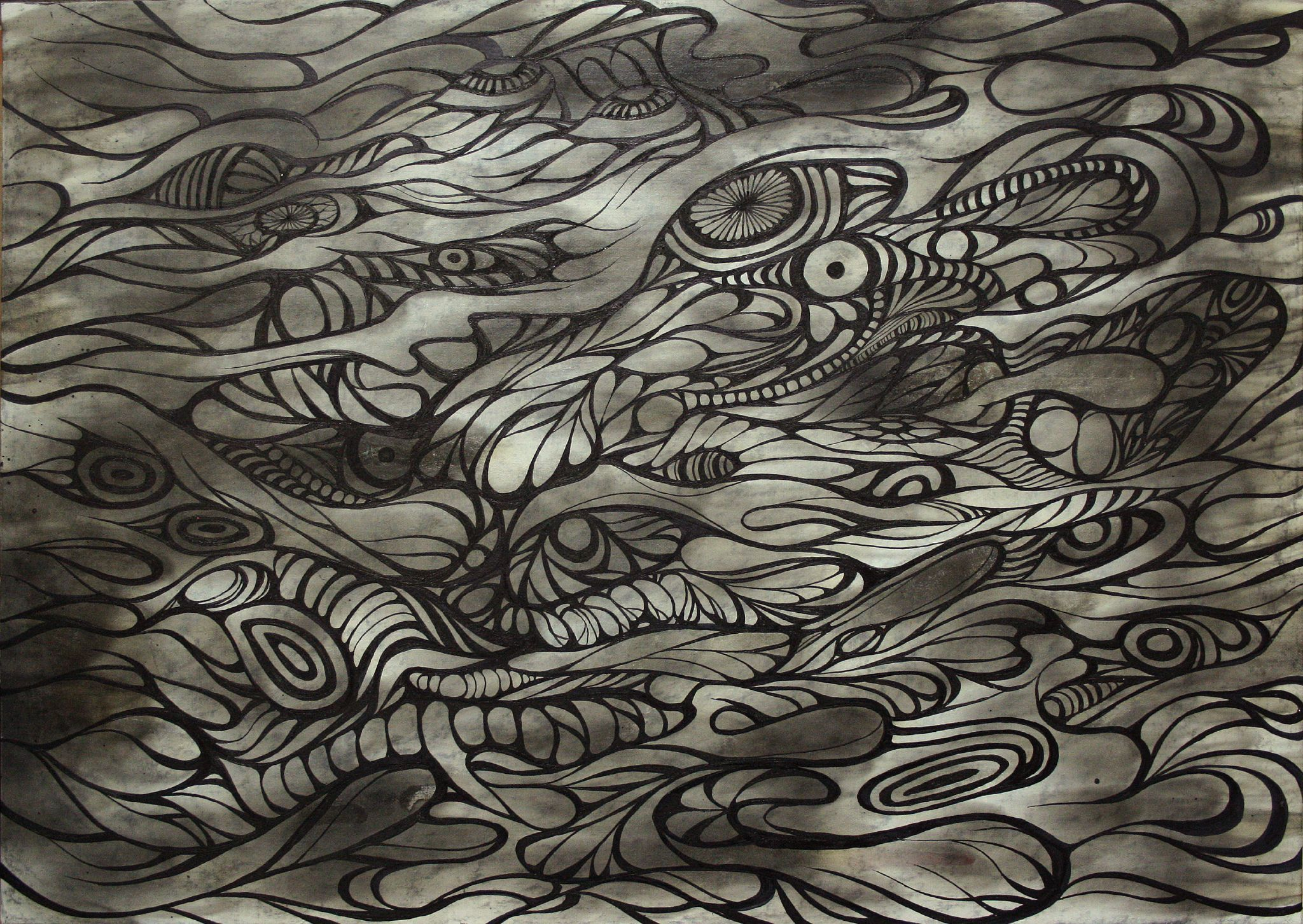 Over the course of the last 18 months, a new application has grown by leaps and bounds for microwave networks: low latency. Low-latency microwave networks find most of their applicability in financial transactions, such as for executing trading instructions between major stock exchanges and trading houses in other cities.

Typically, low-latency microwave is used to “replace” traditional-fiber based networks linking financial centers. The business driver for microwave-instead-of-fiber in low latency is the time it takes to transmit trading instructions. With microwave, latency is reduced by a few milliseconds as compared to fiber. Nevertheless, those few milliseconds can translate into a trading edge over rival investors, which means big bucks. Low latency investors will pay a premium for this edge resulting in increased revenue for low-latency microwave network operators.

However, as with most financial functions, low latency is subject to a set of stringent regulations. The scenario is doubly difficult when low-latency microwave networks transmit across international boundaries. This compares to linking financial centers within a single country, which is relatively straightforward from a regulatory perspective because there is only one set of rules. The fact is when connecting financial centers in different nations and the operator’s network has to traverse other countries’ borders, the process becomes orders of magnitude more complex. Download the complete article for a fuller examination of some of these issues and why there should be widespread support for greater international harmonization of microwave regulation.

A (Personal) Milestone in Microwave Networking 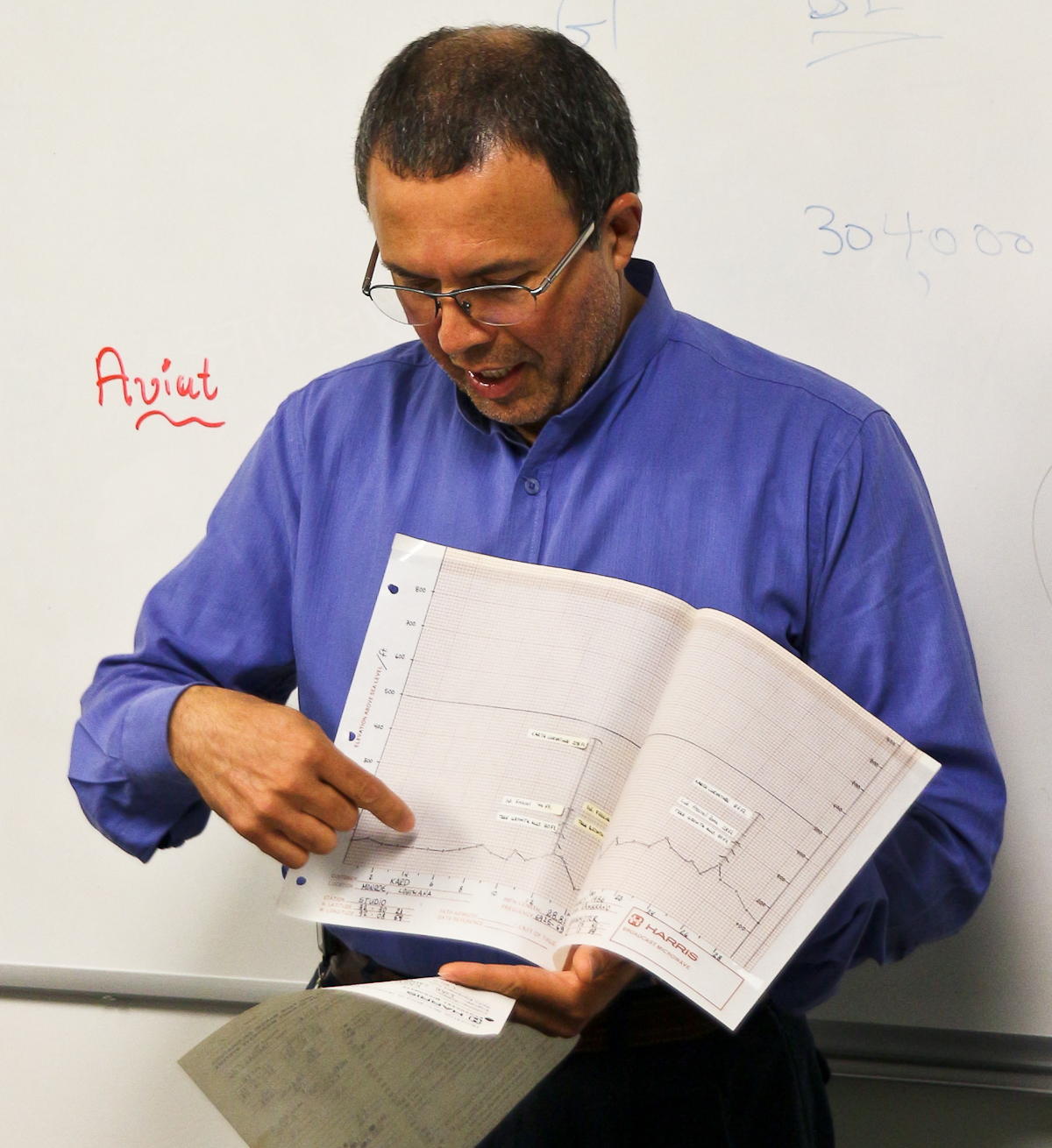 Recently, Aviat Networks was privileged to mark a milestone for one of its longest tenured and most distinguished employees, Ivan Zambrano. For 28 years, Ivan has dedicated his professional life to providing education and expert analysis to the microwave backhaul community, on the behalf of Aviat Networks and its corporate predecessors. As a senior engineer, Ivan teaches network transmission courses and other topics around the world on a regular basis.

However, Ivan got his start in the field. In fact, he still has the very first microwave radio path plan he ever created for a television station in Louisiana (Figure 1).

Together with the legendary Dick Laine (Figure 2), the two veteran microwave communications professionals have a combined 97 years of experience in the field. Unbelievably, Ivan actually has seniority over Dick (in the company at least). Dick has only been with us for a mere 26 years!

To help celebrate the occasion, Aviat Networks CEO, president and board member Michael Pangia took some time to personally congratulate Ivan (Figure 3). So here’s to you Ivan! We’re all looking forward to at least another 28 years!

If you’d be interested in having Ivan or Dick lend a hand (or bend an ear) on your microwave project, let us know by dropping a note below. Give us an idea about the type of training or consultation you need and any other pertinent details about the project.