The BT Thornhill microwave radio tower above demonstrates a Space Diversity protection scheme with its parabolic antennas placed apart from one another (Photo credit: Peter Facey via Wikipedia)

Traffic disconnect is unacceptable for most microwave systems, especially for homeland security and utilities. But Aviat Networks Principal Engineer Dick Laine says that it is economically unviable to have a microwave radio system that provides absolutely 100 percent uptime to accommodate every possible traffic downtime scenario. He adds that towers, waveguides and all other hardware and infrastructure would have to be completely bulletproof. This is true of every telecommunication system.

In pursuit of the 100 percent uptime goal, Dick goes over many of the strategies available in the newest video in the Radio Head Technology Series, for which there is complimentary registration. For example, there are many approaches to protection, including Hot Standby and Space Diversity. In particular, Dick points out Frequency Diversity has advantages over many protection schemes, but few outside the federal government are able to obtain the necessary waivers in order to use it. Hybrid Diversity uses both Space Diversity and Frequency Diversity to create a very strong protection solution. A case study outlining Hybrid Diversity is available. 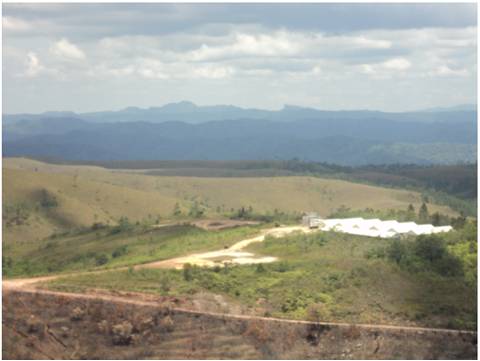 Survey view from Belize toward Honduras, at 1000 m AMSL

Link between Honduras and Belize Crosses Water and Land

Last year I wrote about the world’s longest all-IP microwave link, stretching 193 km over the Atlantic Ocean in Honduras. Aviat Networks and Telecomunicaciones y Sistemas S.A. (TELSSA) designed and implemented this link together. This year, Aviat Networks and TELSSA again worked together to build another link and achieve another record—an Eclipse microwave link between Honduras and Belize that crosses 75 km of the Atlantic Ocean and 105 km of rugged terrain for a total path length of 180 km. This is a new world record for a hybrid diversity microwave link!

After the success of implementing the 193km link over water, Aviat Networks and TELSSA were eager to meet the challenge to connect Honduras and the neighboring nation of Belize using a single microwave link. Aviat Networks network engineers and TELSSA engineers were able to use their extensive knowledge of local propagation conditions, thorough understanding of long path design principles and precise installation practices to successfully implement this 180km microwave link.

Why Bigger is not Always Better for Mobile Backhaul!

Antenna gain is directly related to the size (diameter) of the antenna, and wireless transmission engineers looking for more system gain to improve link performance on long or tough paths in frequency bands below 10 GHz may resort to using very large antennas with diameters of 12 feet (3.7 m) or more. However, bigger is not always better. In fact, large antennas should only be used under the most unusual of circumstances.

Use of large, oversized antennas was commonplace during the 1960s and 1970s, for analog FM-FDM heterodyne microwave communication high-capacity links operating in the L6 GHz band. This was for good reason. Communications paths consisting of multiple radio links required very high receive signal levels, and fade margins of up to 50 dB, on each link to meet end-to-end noise objectives. The large antennas helped cut baseband thermal noise by more than 3 dB, which is half that of smaller antennas. Many of these paths were relatively short and many of these analog wireless links employed frequency diversity, so higher fade margins were needed to reduce outage—especially in N+1 hops. This reliance on large antennas is often still prevalent in the minds of many wireless transmission engineers.

In contrast to old analog systems, digital microwave operates essentially error-free (i.e., with a bit error rate of 1 in 1,013 transmitted bits), even with much smaller fade margins. Adequate path clearance, optimal selection of diversity arrangements using smaller antennas and the precise alignment of antennas are far more effective to ensure that error performance objectives for microwave communications are met.

So because big antennas are not really needed to ensure high path availability, they do directly impact the total cost of deploying and operating a microwave link, namely:

So before you consider using large 12-ft+ antennas, think again and consider the bigger picture. You may well end up spending a lot more money for a path that may perform more poorly than it would have if smaller antennas had been used.