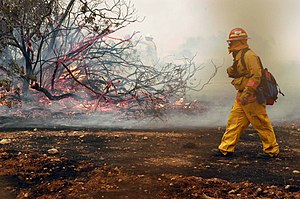 Public safety agencies will soon experience a dramatic improvement in communications capabilities enabled by advances in technology. New broadband multimedia applications will give first responders and commanders alike far better situational awareness, thereby improving both the effectiveness and safety of all personnel charged with protecting the public.

The FCC chose LTE based on its proven ability to support voice, video and data communications at remarkably high data rates that were previously only possible with wired links. Although there will be some differences in a nationwide public safety network involving capacity and coexistence with Land-Mobile Radio communications, lessons learned from LTE’s deployment in large-scale commercial mobile operator networks will help ensure agencies are able to achieve the FCC’s goal cost-effectively.

Fiber Isn’t Everything: Key Role of Microwave in Mobile Backhaul 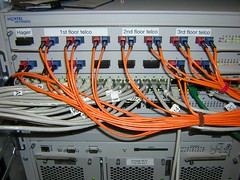 If fiber is this much of a mess in your wiring closet, just imagine the difficulty of deploying it to your cell site. Image by DrBacchus (Rich Bowen) via Flickr

Last year in August, Aviat Networks presented its argument for why fiber optics technology isn’t everything where backhaul of wireless networks is concerned. If anything, this point has only been reinforced by analyses and anecdotal stories showing that fiber can be overkill for the mobile backhaul requirements of  LTE wireless. Plus, there is the simple truth that fiber cannot be deployed to every cell site due to financial and topological issues. That’s why microwave technology remains the world’s first choice for backhauling wireless networks. So let’s look at last year’s FierceWireless webinar slide presentation and refresh our memories.

These slides present the findings of an Ovum survey of North America’s largest backhaul players to understand their strategies regarding media types used to supply cell-site backhaul.

Ovum found that demand for wireless backhaul equipment in North America will continue to grow as mobile operators upgrade their networks to support higher-speed LTE networking technologies. The most common backhaul strategy for mobile operators in the region comprises leasing services over fiber combined with owning and operating microwave-based facilities. Microwave has a distinct advantage vis-a-vis leased services over the long-term due to the opex associated with leasing.

If you would like to see more, you may register for the on-demand replay of the full webinar. It will also present the latest trends and advancements in microwave transmission technology that support the evolution of mobile backhaul networks to all-IP.