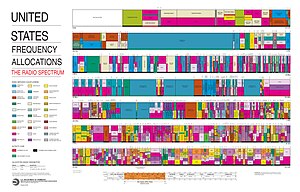 As we blogged last summer, the FCC has released 650 MHz of new wireless technology spectrum for Fixed Service wireless communication technology operators. Now Comsearch, a leading provider of spectrum management and wireless engineering services in the US, has highlighted this issue in its latest online newsletter, with an article that includes some very informative coverage maps showing the zones where the new bandwidth is available.

These maps are excellent at conveying the limitations of the newly released spectrum for microwave link applications in the 7 GHz (6.875–7.125) and 13 GHz (12.7–13.1) bands. After taking into account the zones that are reserved for existing Fixed and Mobile Broadcast Auxiliary Service (BAS) and the Cable TV Relay Service (CARS) users, these new bands are only available in about 50 percent of the US land mass covering only 10 percent of the population.

What do you think? Should the FCC loosen the spectrum sharing rules even more for 7GHz and 13GHz bands? Take our poll and tell us: