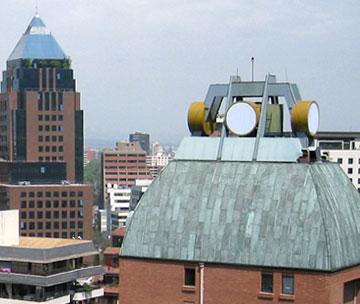 At a time in the not-so-distant past, there was only one way to implement microwave radio: one radio link per microwave terminal. Did not matter what type of link it concerned: protected, non-protected or multi-channel. From the advent of digital microwave radio in the 1980s and 1990s, terminals typically had no options for integration of co-located telecom devices. And to interconnect muxes or switches required external cabling and possibly a patch-panel.

Then in the early 2000s, so-called “nodal” radios came into vogue. Designed to address the drawbacks of the one-radio-one-link paradigm, a single microwave radio node could serve as a platform for multiple links. There were still limitations when it came to radio and switch interactions, but multiple sources of traffic could now be integrated and connected on the nodal platform. END_OF_DOCUMENT_TOKEN_TO_BE_REPLACED 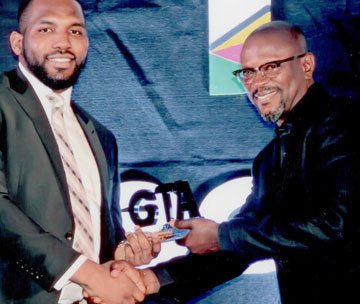 At the Ghana Telecom Awards in May 2015, Ahmed Adama, Aviat Ghana country manager (right) proudly accepts on behalf of all Aviat Networks the honor for Best Microwave Backhaul Vendor of 2015.

At the recently concluded Ghana Telecom Awards held in May 2015, Aviat Networks won the Microwave Backhaul Vendor award for the second year in a row. Based on a survey of telecom industry participants, Aviat bested all the other major microwave specialists and one of the top three telecom generalists.

“I am very proud to inform you that Aviat Networks has been honored again as the best overall microwave backhaul solutions provider in Ghana,” said Ahmed Adama, country manager, Ghana, Aviat Networks. “The combination of our microwave networking technology and full turnkey service capability was key to securing this award.” END_OF_DOCUMENT_TOKEN_TO_BE_REPLACED

Did you miss this webinar?

Our replay is now available