Historically, in many countries the 26GHz and 28GHz wireless frequency bands have been allocated to point-to-multi-point systems, such as LMDS in the United States and LMCS in Canada. However, most of these systems have failed to reach their expected potential in terms of revenue generated and, as such, much of the allocated spectrum is now unused. This, along with the growth in demand for point-to-point microwave spectrum, has meant a number of national regulators have started to consider reallocation of this spectrum.

In Canada, the spectrum allocations for both the 26GHz and 28GHz bands have been revisited, owing to their underutilization by LMCS operators, with a new band plan having been developed during the drafting of SRSP 325.25. The diagrams below show the new allocations that accommodate more FDD spectrum suitable for microwave in point-to-point usage.

While the technical details of this draft SRSP have been finalized, consideration of licensing options by Industry Canada has so far delayed the formal publication of this SRSP. Note that the remaining point-to-multipoint operators are catered to in the TDD section in the middle of the 26GHz plan.

In the Republic of Ireland, ComReg (the Irish national telecommunications regulator) recently issued a consultation resulting from an operator request to change the use of its allocated spectrum from point-to-multipoint to point-to-point. Figure 3 shows the current situation in Ireland and Figure 4 shows the same band after the proposed change of use.

In the United States, the LMDS service occupies the following spectrum blocks:

Thus, that would make a total of 1300MHz of spectrum—more than double the recent allocation at 7 and 13GHz—potentially available across the entire country. LMDS take up has been very low, and, as previously mentioned, much of this spectrum is now unused. This begs the question: Would spectrum reallocation in the U.S., as is happening in Canada and Ireland, promote its more active usage?

It is worth noting that existing users are protected in both the examples given above, but unused spectrum is now available to point-to-point operators. Therefore, it is now time to approach the FCC and request a similar exercise to be carried out for the United States. Aviat Networks intends to be one of the driving forces in requesting this reallocation of spectrum. 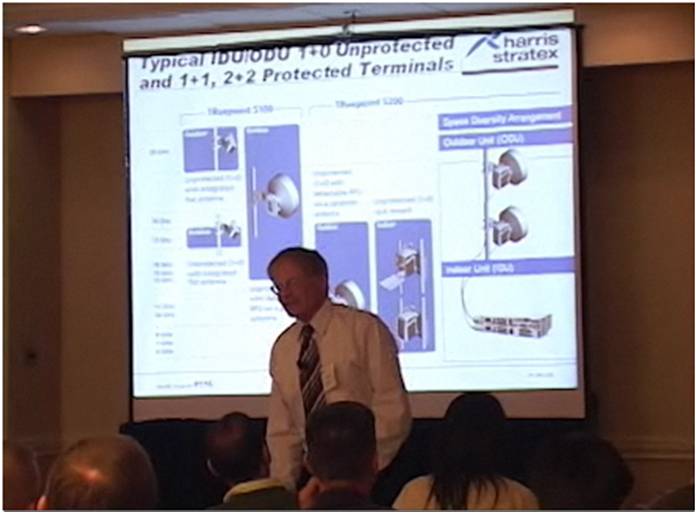 Dick Laine, longtime principal engineer for Aviat Networks, delivers one of his patented presentations on microwave networking during an installment of the video blog Radio Head Technology Series.

Microwave radios come and microwave radios go, but the sage advice of Aviat Networks Principal Engineer, Dick Laine, has no end-of-life. In our seventh installment of the very popular video blog Radio Head Technology Series Dick talks about the diversity of diversity schemes and other protection methods available to microwave networking engineers.

Using examples from the radio legacy of Aviat Networks (e.g., Constellation, MegaStar—you must remember these, it hasn’t been that long) and our current microwave networking solutions (e.g., Eclipse, TRuepoint 6500, WTM 6000) he expounds on the past, present and future of protection. From Angle Diversity (one of the earliest diversity schemes used in Line-of-Sight digital microwave) to Hybrid Diversity (HD) and Frequency Diversity (that need licensing waivers to be used in many applications) to comparisons of fiber-like protection methods, Dick covers it all. For example, did you know that a four-dish HD antenna arrangement offers little to no performance improvement over a three-dish HD configuration?

So with free registration to the video series you can have the benefit of all of Dick’s wisdom and nonpareil presentation style on Diversity. You get access to all the earlier videos, too. (Did we mention there are six previous episodes?) And the presentation slides. And the podcast. And all for FREE! Wow! If you don’t see a topic that you think needs to be covered, feel free to submit your suggestion into our inbox. Register today! 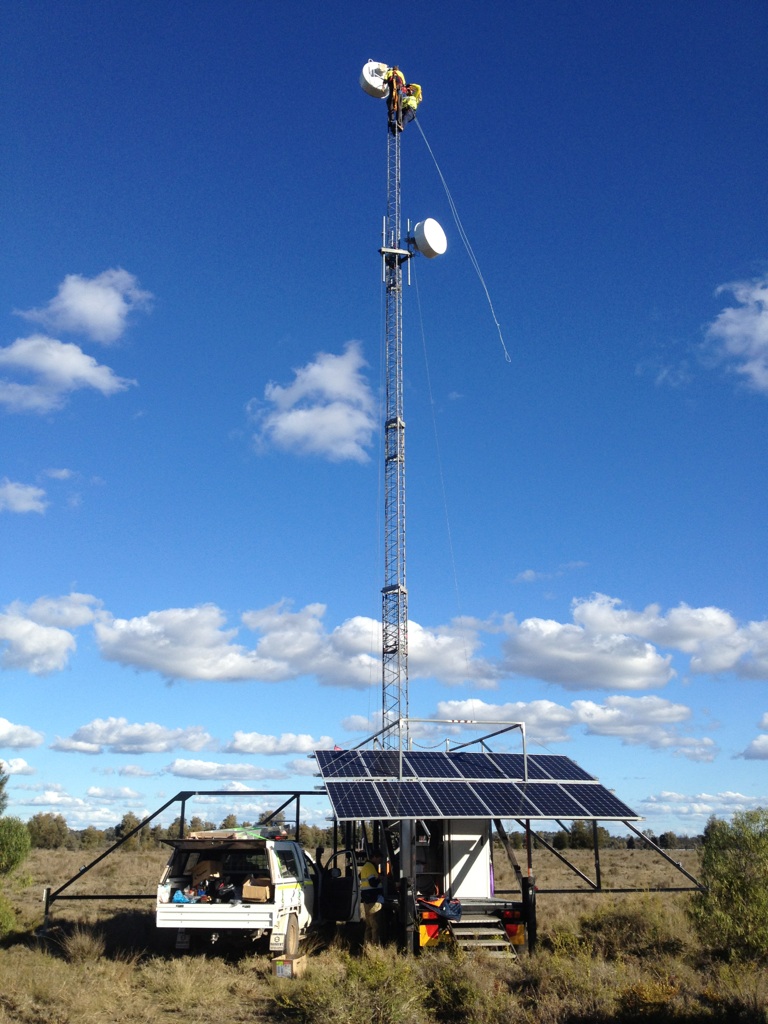 Scale of MIMP’s mobile microwave radio infrastructure can be gauged by observing the installer at the very top of the 25-meter radio mast.

In the past, we have seen microwave radio installations at zoos, auto races, and on mountaintops reached by funicular and other one-of-a-kind implementations. This time, one of our partners, MIMP Connecting Solutions of South Australia, is in the process of completing an installation that is at the same time completely novel and tremendously important in the struggle to preserve indigenous cultures.

Currently, MIMP is rolling out microwave backhaul for the Australia Pacific LNG (APLNG) liquefied natural gas joint venture in Queensland, Australia. However, in Queensland, and other parts of Australia, legislation in recent years such as the Aboriginal Cultural Heritage Act 2003 has sought to preserve culturally significant Aboriginal places from development. This impacts the installation of the APLNG microwave backhaul network because conventional radio sites cannot be constructed under the auspices of this legislation on protected Aboriginal land. END_OF_DOCUMENT_TOKEN_TO_BE_REPLACED