This white paper was extremely popular when we featured it in our eNews newsletter recently. Now it’s time to share it with a wider audience.

It talks about how there are several considerations when establishing realistic outage or reliability objectives for and how the effects of long-term and short-term outages differ when it comes to microwave path engineering.

Introduction
Last year one of our microwave competitors introduced a new development for the point-to-point licensed microwave market – asymmetrical link operation. There are some very real challenges with the growth of mobile multimedia that are driving interest in this approach. However there are numerous harsh realities involved in introducing such a ‘radical’ technique into the relatively conservative licensed microwave industry. The myriad of Regulatory studies and approvals that will be needed to enable asymmetric operation to be deployed in existing bands means that it could be years, if ever, before asymmetric links can be deployed in most countries around the world.

Today’s Licensed Microwave Bands are Exclusively Symmetric
In current licensed microwave bands and all commercially available equipment today, transmission is symmetric – i.e., the same capacity and bandwidth in both directions. Frequency bands are arranged for frequency division duplex (FDD) operation, where two identical channels are used for Tx (‘go’) and Rx (‘return’). Asymmetric operation is usually reserved for unlicensed time division duplex (TDD) radios, which use a single channel for both go and return.

What is driving the need for this Asymmetry?
The underlying rationale is that in 3G and 4G mobile networks, a majority of the traffic over the network is increasingly web- and video- based, meaning more capacity is needed in the backhaul network in the direction towards the base station, and less in the opposite direction back to the core.

However, while this is true today, new emerging mobile applications such as video chat, video uploading, P2P sharing, and new cloud based services (eg: iCloud), have the potential to change the imbalance between upload and download demand over the longer term. This presents a challenge for the proposed asymmetric implementation, which is fixed in nature, not dynamic. This means that the link has no way to adapt to instantaneous uplink/downlink traffic demand, or to change over time as more uplink capacity is needed. Changing this ratio could prove to be very difficult once an asymmetric link is in place and has been operating for several years.

Regulatory Approval
Making substantial changes in the way that licensed microwave bands are used is not a simple process, since strict regulations and standards at the international and national level have been put in place to ensure that links deployed in these bands are assured to be virtually interference free.

A proposal has now been submitted to the Electronic Communications Committee (ECC), the Regulatory Body responsible for amending the channel plans for the existing frequency bands, a part of the European Conference of Postal and Telecommunications Administrations (CEPT), representing 48 countries throughout Europe and Russia. The ECC has agreed to set up a study group to examine the proposal, which is due to report their finding in February 2013.

If the ECC agrees to amend the channel plans to permit asymmetric operation, which may not happen before 2015, the national regulator in each CEPT country will then have to decide whether or not to adopt the recommendations. Further lobbying will also be necessary beyond the CEPT region, for example with the FCC in the USA, to successfully influence regulatory policy in favor of Asymmetrical operation.

A Long Road to (Possible) Adoption
In summary, asymmetrical operation may be a potentially useful technique to improve the efficiency of backhaul networks and frequency utilization. However, introduction of this technique will be extremely difficult within existing congested frequency bands, and will face significant and lengthy regulatory scrutiny and approval before we will see widespread adoption. 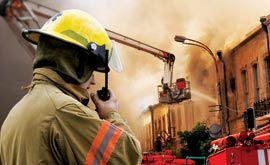 So what are the defining characteristics of Mission Critical Microwave?

But delivering Mission Critical Microwave extends far beyond products and deals with the way a company behaves and treats its customers including:

At Aviat Networks, we believe one of the things that sets us apart is our focus on Mission Critical Microwave.  For critical applications it’s extremely important that customers have comprehensive local support at their fingertips. Our products are usually supported locally, so our customers know they’ll have immediate access to professional engineers when they need them, without waiting for out-of-country spares or support, including escalation to Tier III level technical support if needed.

At Aviat Networks, our engineers have been designing and building microwave networks for over 50 years. We are the microwave experts, because it’s all we do.